As exemplified by NAfta 2.0
also known as the USMCA 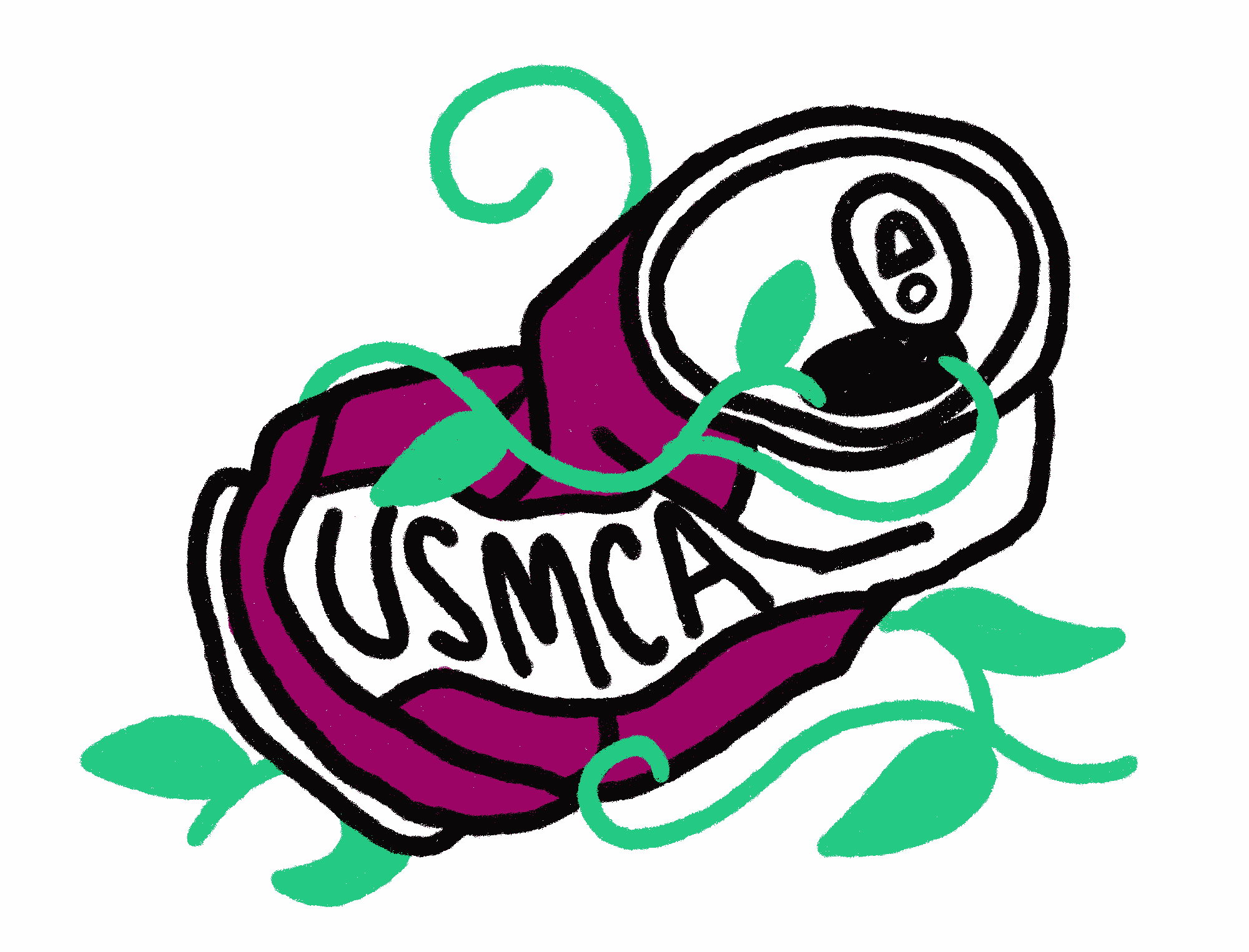 ‍A coalition of powerful US industry groups representing chemicals, fossil fuels, food packaging and transportation wrote to Canada’s trade minister insisting that the new plastics management plan, which includes a ban on many single-use plastics, “clearly meets the definition of a non-tariff barrier” and violates international trade obligations. The group demanded that Canada refrain from releasing even a discussion document relating to the proposal, claiming it wasn’t based on “sound science” and could violate USMCA provisions that commit all three NAFTA countries to engage in regulatory co-operation discussions and to endeavor to apply a “risk-based” approach to regulating chemicals.

The USMCA has also been used to fight regulation of glyphosate, a chemical pesticide that the World Health Organization has categorized as a “probable carcinogen.” The chemical is produced by the American company Bayer/Monsanto, which has set aside more that $11 billion dollars for expected settlements of the thousands of lawsuits brought against them in the US alone.

After years of campaigns by Mexican activists, scientists, consumers and farmers, President Andrés Manuel López Obrador issued a decree phasing out the use of glyphosate over the next three years, despite intense lobbying by Bayer/Monsanto and US government representatives. The Trump administration warned Mexican officials that restrictions on glyphosate could put the country in violation of the USMCA. Agribusinesses continue to exert pressure on USTR to reverse the ban, and to approve new forms of agricultural biotechnology as described in USMCA.